THIS WEBSITE IS OWNED AND OPERATED BY SHRIRO PTY LTD, THE OFFICIAL DISTRIBUTOR OF CASIO IN AUSTRALIA. 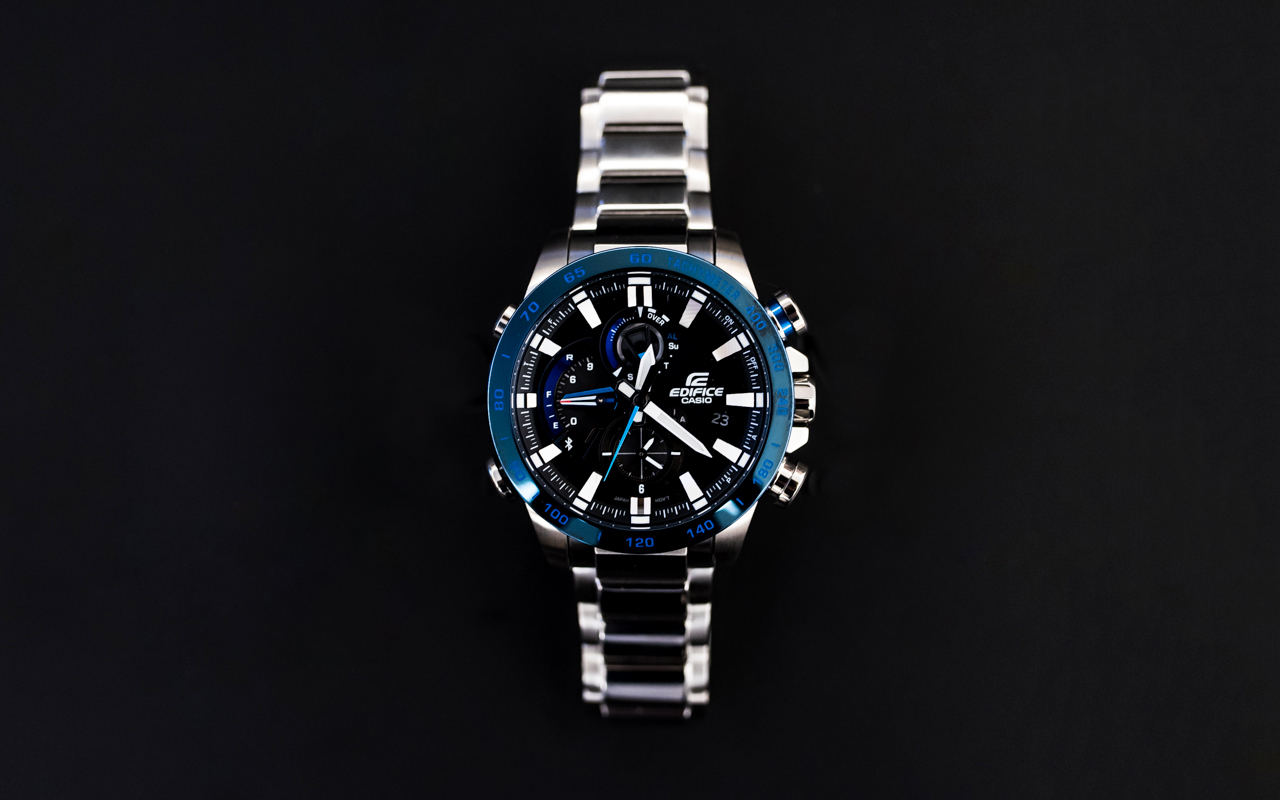 The primary function of a watch – to tell the time – has pretty much become obsolete with the invention of the mobile phone. Yet watches are a BIG business. So what is it that keeps the business of time alive?

Watches have become not merely timekeepers, but mini masterpieces that showcase incredible craftsmanship, represented tradition, incorporated technology and embraced innovation. Apart from a watch, the only other item that men traditionally use to express themselves, or to show off with, is their car. But the car is BIG, and rather heavy, as well as expensive and environmentally unsound. But a watch… now that is a Ferrari that you can take to meetings!

Which is why Casio’s new release, RACE LAP CHRONOGRAPH EQB-800, should be the latest set of wrist wheels to every man’s collection. Watches pretty much go hand-in-hand with the danger and adventure of cars… was their ever an epic movie car chase where the leading man was without a watch?! Think ’bout it.

It’s perfect synergy in the newest addition to the EDIFICE series, which combines advanced performance with a visual design that captures the thrilling experience of auto racing, thanks to input from a professional racing team. For you watch and motor racing fiends:

The new EQB-800 chronograph comes with Casio Connected Engine technology for linking with a smartphone. The retrograde inset dial at the 9 o’clock position features a bold 3D hand that indicates information such as 1/20th-seconds for the stopwatch, smartphone pairing, and battery level. AND the hand powers up just like the initial movement of a car tachometer upon engine start whenever the watch mode is changed… LITERALLY a wrist Ferrari!

The Target Time Indicator in the 12 o’clock position allows the wearer to intuitively grasp the success of each lap based on the target time. Based on advice from a professional racing team in Japan, the indicator has a function that starts a countdown 10 seconds before reaching the target time. This enables users to anticipate when a race car travelling at high speed will return to a certain point on the track, thereby helping a pit crew member to show sign boards to the driver at the right time. It also allows a spectator to figure out when his favourite driver will come into view again… Grand Prix anybody?! You can upload recorded stopwatch data to your paired smartphone, with the lap times displayed in a graph. Smartphone pairing also allows the user to check race data in a variety of ways that would be difficult with a watch alone, such as highlighting laps where the target time was exceeded.

In layman’s terms, go get yourself a Ferrari… in the Casio variety!

The latest in technology from Casio Edifice is the slim line chronograph, the EQB1000.  Based on the brand concept of 'Speed and Intelligence', the eye catching design is made possible thanks to  ...